Would the Israeli Iron Dome protect Ukraine? Explanation of the experts

15:47 09 June 2022
Tweet
362 0
Two days ago it became known that Ukraine wants to buy a defence system in Israel. We have collected information on how the Iron Dome works, what its cost is and whether it will be able to help defend the country. 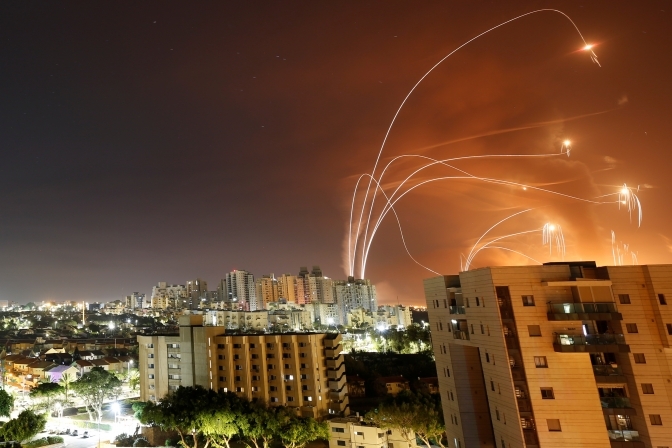 photo from the open sources

On June 7, Ukraine’s ambassador to Israel, Yevhen Korniichuk, announced Ukraine’s intention to purchase the Israeli Iron Dome air defense system and similar means of protection. He says the United States will not oppose it.

How the Iron Dome works

Most air defense systems, like the Iron Dome, consist of three main components, according to Ukrainian analytical media NV:

The cost of one battery of the Iron Dome system is at least $ 50 million. The radar system is fully automated and captures enemy targets at a distance of up to 40 kilometres. Interceptor missiles launched by the command of the fire control centre can manoeuvre in the air. Approaching the target, they explode, destroying the enemy projectile, but there is a danger that parts of the failed missile could fall within the city and also cause damage.

Read also: Which missiles are fired at Lviv and why not all are brought down

At the same time, after calculating the trajectory of the enemy’s missile, the Iron Dome intercepts only those shells that are likely to fall in populated areas and near critical facilities – the rest of the missiles are ignored because they are not likely to threaten human life.

This approach, according to Israel, saves Tamir interceptor missiles, which are estimated to cost between $ 20,000 and $ 100,000. Batteries can perform defensive tasks day and night and in all weather conditions, including rain, dust storms, fog and clouds. In addition, the Israeli missile defense system can cover manoeuvring ground forces and ships.

Can the Iron Dome save Ukraine from Russian missiles?

In the first months of Russia’s invasion of Ukraine, it became clear that Russian long-range cruise missiles posed the greatest threat to Ukrainian cities far from the front. However, the Israeli Iron Dome system would be ineffective against such strikes, as it is «sharpened» to detect unguided short-range missiles. This factor has been repeatedly emphasized by Ukrainian military officials and experts, both before the start of a full-scale war with Russia and in recent months.

Former Deputy Chief of Staff of the Armed Forces of Ukraine, Ihor Romanenko, told Lviv Now that Ukraine needs a complex that can destroy long-range missiles.

«The essence of the Iron Dome is to destroy. This is a very specific complex, it does not need to be idealized. It destroys targets, «Grads», «Katiusha», etc. But we need not only such a complex, but also a complex that has the ability to reach greater distances, heights, which will ensure the destruction of air targets from the dome and above. In general, any defense system does not 100% solve the problem, including the dome,» – he said.

Is Israel ready to sell the Iron Dome

On June 7, during a press conference, the Ukrainian Ambassador to Israel, Yevhen Korniychuk, confirmed earlier media reports that Israel had rejected a US request to allow Germany to supply Spike anti-tank missiles to Ukraine using Israeli technology. They were developed by «Rafael,» the company that developed the Iron Dome.

Ihor Romanenko believes that Ukraine is unlikely to be able to buy the dome because of Israel’s neutrality.

«It is unlikely that Ukraine can buy the dome, because Israel has a certain position, and they are strongly influenced by Russia. We have repeatedly tried to buy something from them, but due to their position it failed,» – he said.

It should be added that The Jerusalem Post, citing its own sources, also writes that Israel is unlikely to sell the Iron Dome to Ukraine or any other country, in particular, because of agreements signed with the United States and rules on defense exports. However, the publication suggests that Ukraine could provide funds from the Israeli air defense system David’s Sling and SPYDER short-range anti-aircraft missile system, which is also being developed by «Rafael Advanced Defense Systems.»

It will be recalled that Lviv Now learned what types of missiles Russia uses and why not all of them can be shot down. Read more about this in the article.