Where to Find Lviv Panoramas

14:24 04 August 2021
Tweet
1151 0
Iryna Bilynska is an English teacher and a qualified guide in the city of Lviv. Here she suggests places where you can find the best views, for your own memory and to take photographs. 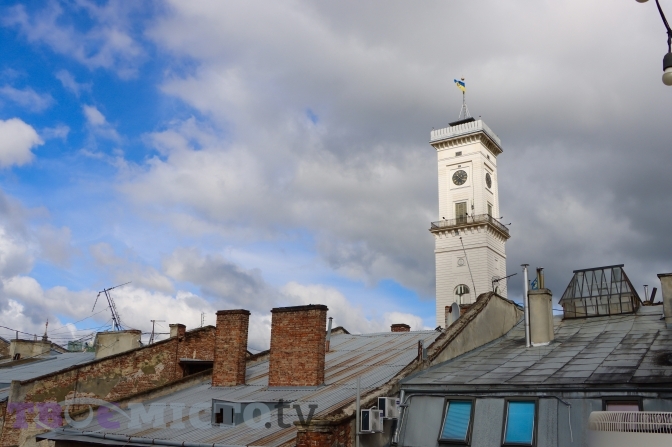 If you want to get an unforgettable experience, I invite you to Lviv – one of the oldest and most beautiful Ukrainian cities.

The first record of the city dates back to 1256. The local prince Danylo Halytskyy founded Lviv and named it after his son – Leo.

Let’s travel to places where you can see Lviv from a bird’s-eye view and enjoy the magnificent panoramas of the city. And not only enjoy! Уou can enrich your photo album with incredible photos.

Are you ready for a fascinating journey through the highest points of Lviv, where the panoramas of the city will leave an incredible mark in your heart and memory forever? Let’s start!

On the way from the Lviv main Railway station, the majestic spires of the neo-Gothic church of Elizabeth and Olga never fail to delight locals and tourists. The historical reality is that at the beginning of the 20th century the Austro-Hungarian Empire was gradually coming to its end. 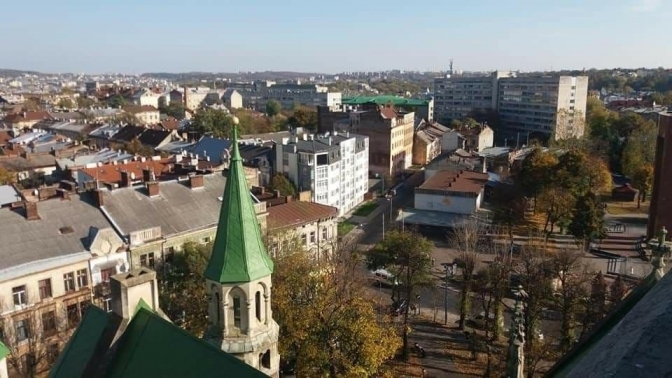 This period was marked by a series of family tragedies of the Habsburg dynasty. One of such tragedies was the assassination of the Austrian Empress Elizabeth «Sisi» Habsburg in Geneva in 1898 by the Italian anarchist Luigi Lukenni. She was a kind of «Lady Di» of the XIX century. She was considered one of the most beautiful women in Europe.

After her death, the churches of St. Elizabeth (dedicated to Sisi’s patroness St. Elizabeth) were built in memory of the Empress in almost all major cities of the Austro-Hungarian Empire. In 1903, old Emperor Franz Joseph I personally took part in laying the first stone for the church of St. Elizabeth in Lviv. He went through Lviv to inspect the imperial-royal cavalry, which at that time was on military maneuvers in the area of ​​Komarno(not far from Lviv).

Part of the money for the construction of the church was allocated by the emperor, but the railways made the main contribution. That is why the Church of Olga and Elizabeth in Lviv is located on the station square. Construction lasted eight long years and was finished in 1911. The architect – Teodor-Maryan Talovsky. 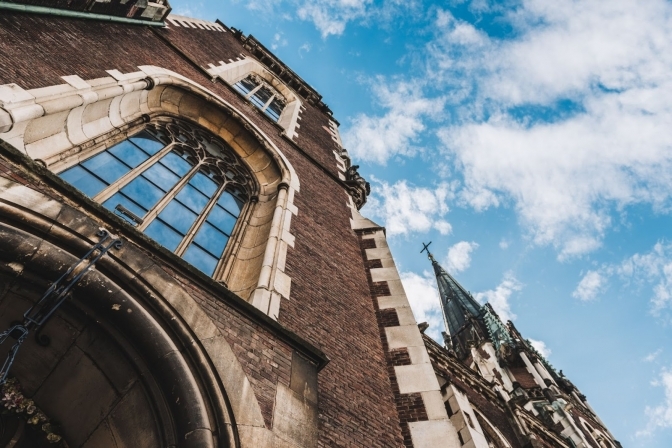 The Church of Saints Olga and Elizabeth endured many difficult times. The magnificent bells of the cathedral were confiscated at the very beginning of the First World War by the Austro-Hungarian government. During the Polish-Ukrainian confrontation in 1918-1919, the original stained glass windows were completely destroyed.

The beginning of World War II brought great destruction. In 1939, one of the first aerial bombs exploded in the immediate vicinity of the church. The walls were severely damaged. Some spires collapsed. During the war, the church of Olga and Elizabeth was almost destroyed, so in 1946 it was decided to close it. For a while, the religious institution was turned into a warehouse. In early 1991, the government officially transferred it to the Greek Catholic Church. The church was renovated and named after Saints Olga and Elizabeth

Today, the 88-meter church of Saints Olga and Elizabeth is the tallest building in the city. The observation deck offers a unique panorama of Lviv, inaccessible from other high-rise buildings in the city. In particular, you can see the area of ​​the Railway Station Market, as well as the square in front of the monument to Stepan Bandera. The observation deck is located at a height of 80 meters. To do this, you must overcome 183 steps up.

In 1998 the ensemble of the Historic Centre of the city got Unesco World Heritage designation. So, let me invite you to the most precious part of the city, the UNESCO site – Lviv Rynok (Market) Square. 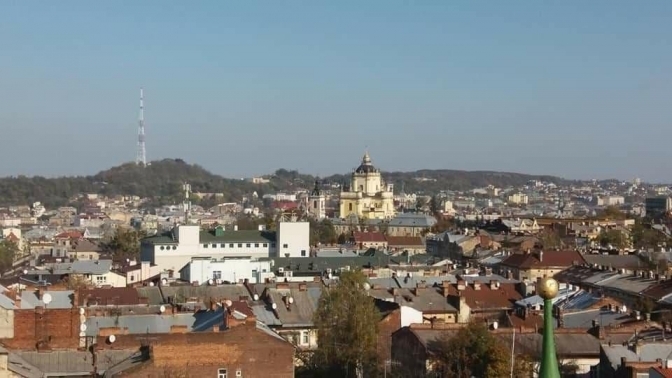 The fate of the second one is the same. Town Hall number three, in the Renaissance style, was built in 1619. The Tower was finished off with a spire topped by a lion-shaped weather vane (Lviv’s name means «lion»), which fell down during the fierce thunderstorm. Lviv citizens saw this as a bad sign and the same year (1672) the city got under Turkish siege.

The second time when the weather vane fell down (1704), just before Lviv was conquered by Swedish King Karl XII. In 1826 the tower collapsed.

Construction of the modern City Hall was finished in 1835. It is one of the emblems of Lviv. To get a picturesque panorama of the city you have to reach the top of 65 meters (213 ft) high tower by climbing 306 steps. It is believed that if you reach the gallery of the City Hall right at the moment when the clock strikes and make a wish, it will certainly come true.

Аnother tower, which is really worth seeing is not far from City Hall, at the intersection of Pidvalna and Ruska Streets – Korniakt Tower. It is an element of the Assumption Church ensemble. The tower is connected with the northern façade of the church. 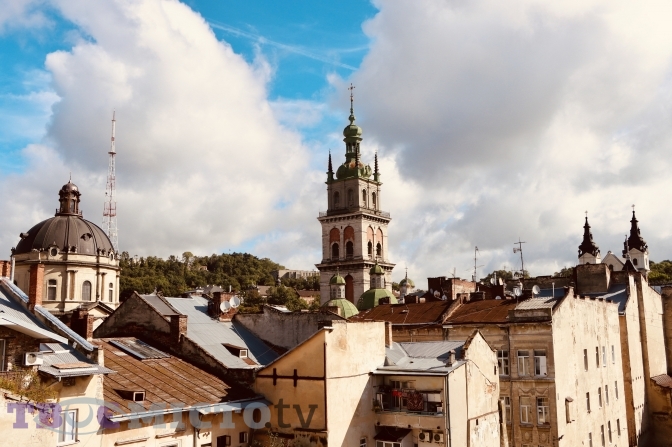 The historic name of the Korniakt tower is connected with the name of its founder – Kostiantyn Korniakt, who donated significant sums for the construction of the complex of the Church of Assumption. The tower was constructed to perform several functions: a bell tower, a defensive tower, and an observation post. Due to this fact, the height of the tower is 66 meters.

The restoration process will continue in the nearest future, so it will not be possible to enjoy its incredible panoramas.

The next place with beautiful scenery but so tragic history is the Memorial to the Heroes of the Heavenly Hundred in Lviv, which is located at the intersection of Maksym Krivonos and Zamkova streets. The grand opening of the first part of this Memorial took place on the Day of the State Flag of Ukraine, August 23, 2019.

This place became the first in Ukraine on such a large scale to commemorate the Heroes of the Heavenly Hundred – participants of the Revolution of Dignity, who were killed by the security officers and their mercenaries. The official count of them is one hundred and seven. They were people of different nationalities, age groups, educational backgrounds, from various regions of Ukraine and from abroad, successful entrepreneurs and poor pensioners, scientists, artists, students, and activists.

The number of one hundred and seven is not final; it can be updated by the results of the investigation, which is still ongoing. The plan includes two parts of the Memorial – a square with a stela, or tablet, on the upper terrace and a pedestrian bridge.

The second part of the project is planned to be implemented later. As of now, a stela and three observation decks have been built. On the stela, there are 107 engraved plaques with portraits of the heroes, which indicate the names, surnames, dates of birth, and death, as well as the slogan of each Hero of the Heavenly Hundred. In a special hole on each portrait, those who wish can insert a flower. Portraits of all Heroes are coordinated with their families. 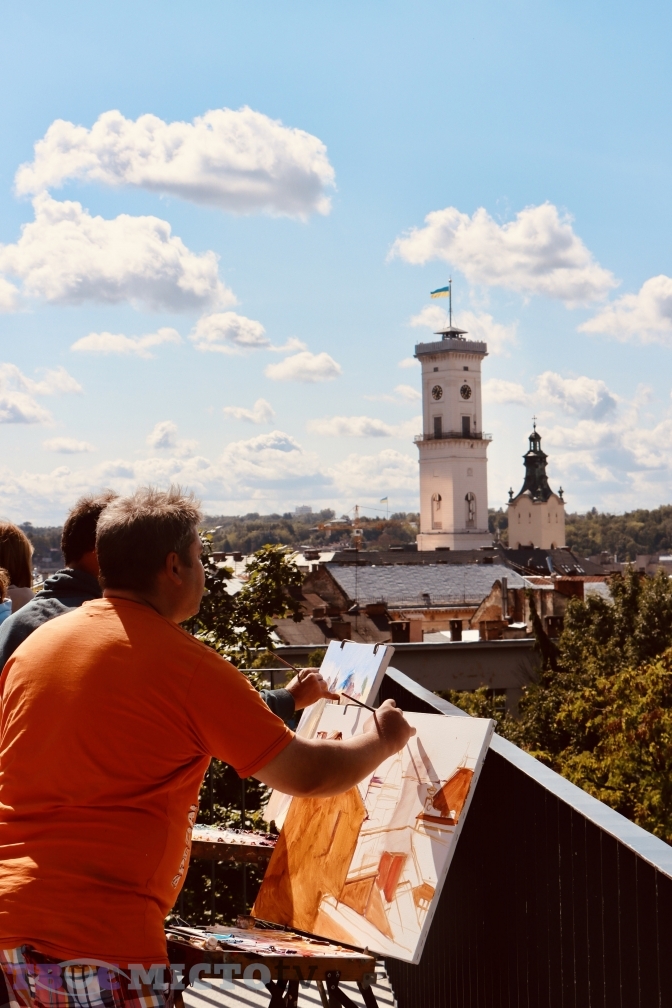 The last point of our route is High Castle Hill, which presents the best bird’s-eye breathtaking views of old Lviv. This is the highest point of the city. A hill in the historic center, where a fortress used to stand, is now a wonderful park, and an acknowledged masterpiece of landscape art. 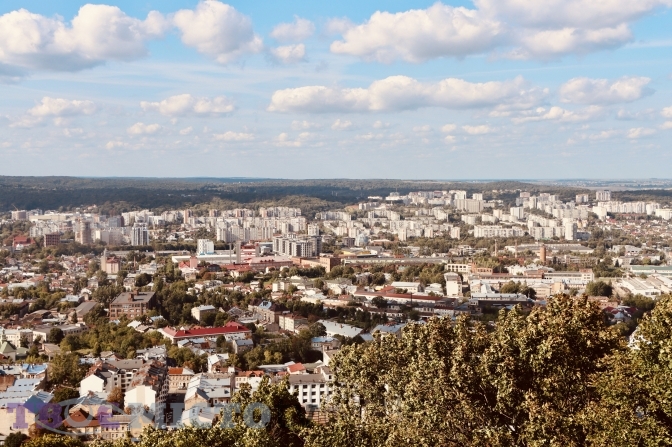 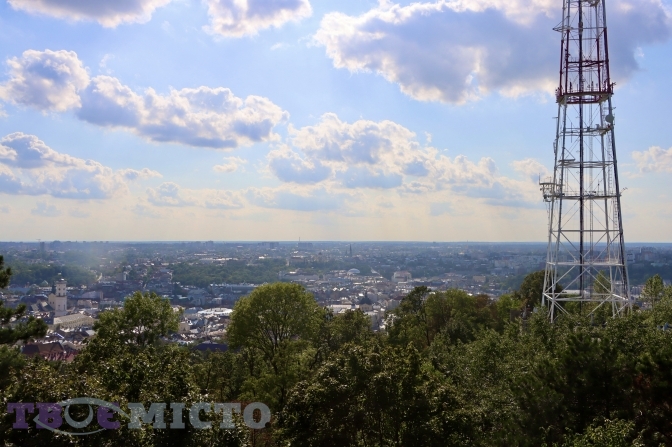 On the upper level, you can find ruins of the defensive wall and an artificial burial mound commemorating the 300-year anniversary of the 1569 Lublin Union, the beginning of the Polish-Lithuanian Commonwealth, ruled by a monarch called both king of Poland and grand duke of Lithuania.

At the top of the mound is an observation deck, from which all of Lviv can be seen as if on the palm of your hand. The city is especially charming in the evening glow, and both curious tourists and locals ascend the hill in order to get this unforgettable sight. The upper park also houses the TV tower and an artificial cave, whose entrance is guarded by two stone lions brought over from the old Town Hall. On the lower terrace, you can find a gardener’s house, restaurant, and another observation deck.